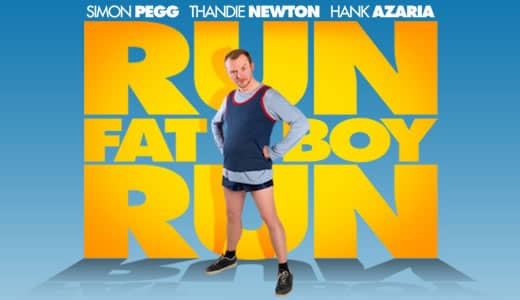 More old blog posts – not sure why I felt compelled in 2008 to write about this particular film though….

25|02|08: Run, Fat Boy, Run – I had quite low expectations of this film. Although its got Simon Pegg in it, I thought it was going to be too much in the Notting Hill/Four Weddings mode (i.e. romanticised idea of Britain: it consists entirely of London, Big Ben can be seen from everywhere, cor’ blimey guv’nor etc.). I have to say it was a bit like that, so in that respect it wasn’t too brilliant, but Simon Pegg and Dylan Moran – a far, far funnier version of the Hugh Grant/Rhys Ifans partnership from Notting Hill, do manage to pull this film up from being a run-of-the-mill romantic brit-com to being a slightly more passable (but still a little disappointing) run-of-the-mill romantic brit-com.