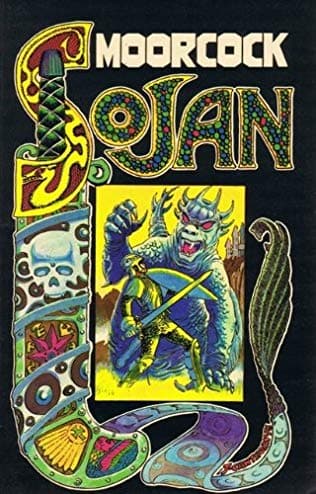 Sojan by Michael Moorcock
My rating: 5 of 5 stars

A great collection of Michael Moorcock’s early 1950’s work, from various magazines and publications. Most centred around the character Sojan and his airship based adventures.

As good as theses are, I think the two articles that make up the end of the book are the best parts. A piece on Elric of Melnibone and some of the thinking behind the creation of the stories from their Conan inspired origins, plus the history of Jerry Cornelius, the adventuring anti-hero who appears throughout Moorcock’s works.