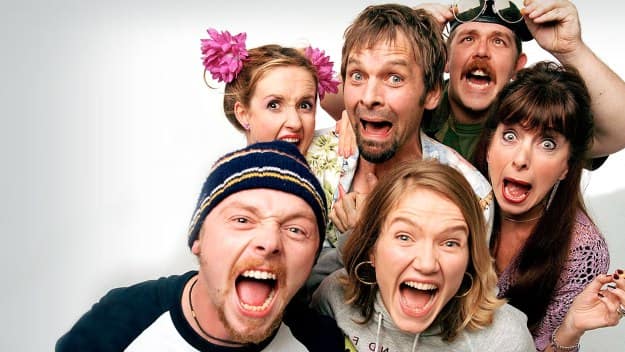 Old posts I found from another blog (2008). This time on watching Spaced!

01|03|08: Spaced Series 1 – I’ve never seen this before, but heard lots about it. Plus Simon Pegg is excellent. Just realised all reviews I’ve written here seems to say things are excellent, but this really is (or maybe I’m just lucky in watching good stuff right now) . Simon Pegg plays Tim who moves into a flat with Daisy. The twist being that they have to pretend to be a couple to get the flat (but that sort of peters out after the first few episodes and it just becomes a really well written, excellent comedy about two mid-late 20s types faffing around trying to work out what they should be doing). Other characters include the the landlady Marsha living upstairs and the strange artist Brian downstairs, plus Tim’s brilliant military obsessed friend Mike. Lots of in-jokes about tv shows and pop-culture throughout. Not sure how many series there were of this, but will try to find them if they’re all like this.

02|03|08: Spaced Series 2 – Found that I had the second series on disk too. This one’s as good as, if not better, than the first. More Mike = good thing. Just better overall. A1, gold stars all round.