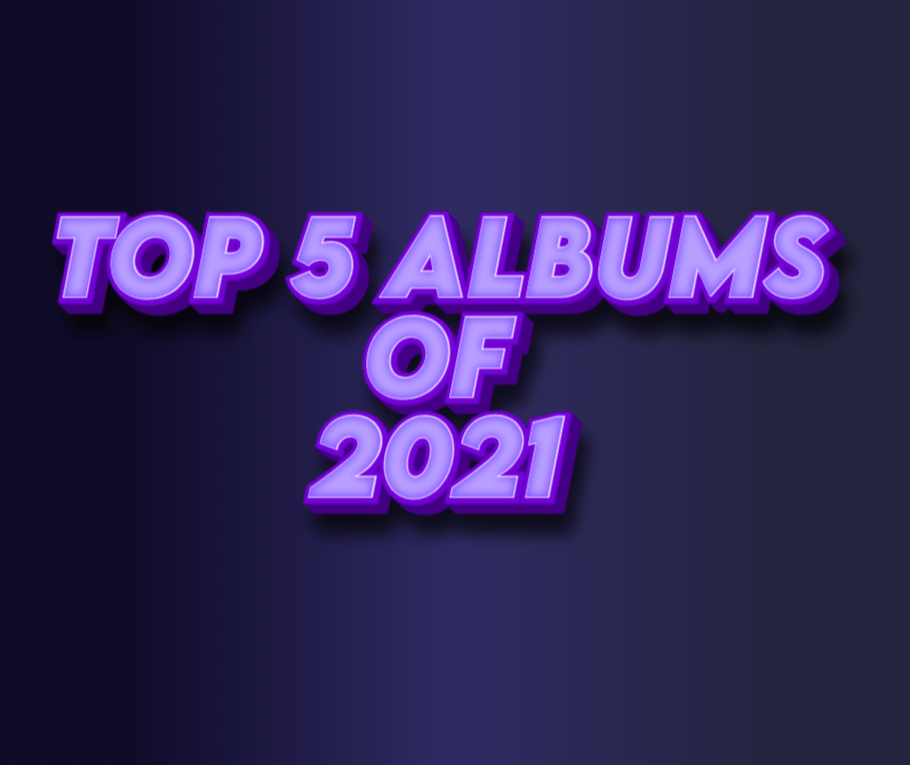 A varied year – there were lots of new albums I listened to, but very few that stood out for me. Some albums that came out from heavyweight metal legends I just haven’t managed to get into (like Maiden’s “Senjutsu” or Mastadon’s “Hushed and Grim”) while other chance-finds have been constant favourites.

Now this is how a legendary band should do a new album – everything you want from ‘classic’ Carcass with probably the best Bill Steer riffs he’s ever written. Add a production that doesn’t sound too ‘pro-tools’, humourous and intellgent lyrics and some genuine surprises along the way and you’ve got probably the perfect metal album of 2021.

This is Du Blonde’s 3rd album, and I think this one shows a her broadening her sound into something amazing. While her debut “Welcome Back to Milk” was a massive stake in the ground announcing her arrival, and Lung Bread for Daddy saw her exploring a darker more introspective direction, Homecoming has equal parts light and shade throughout. Perfect guest spots too esp. Ezra Furman on “I’m Glad That We Broke Up”. Just when you think they can’t get any better….

Ok, not my usual genre of music, but I do have a bit of a fondness for Natalie’s music. Not just her mega-hit Torn though – I’ve followed her through her career, and I still go back to “White Lilies Island” and songs like “That Day” and “Butterflies” now, and have seen her live whenever I could. This is her first album of new music in over 10 years and is a great collection of everything that I like about her. Bright, breezy pop songs such as “On My Way” and the Albert-Hammond co-written “Maybe It’s Great” sit alongside more stark piano-led ballads like the title track, and there’s no shortage of hook laden choruses (see “Invisible Things”). A great comeback, and having seen her play these songs live they fit into her set perfectly alongside her earlier hits.

This came out, I bought it, I listened to it and I put it away.

Then….it seemed to sneak into my daily playlists more and more. The definition of an album that is a total “grower”. A Band Called Quinn’s Louise Quinn and Bal Cooke with Kid Loco and various friends made the best of lockdown by creating a set of songs that (in a really good way) just worm their way slowly into your head. I found the stark electro melodies only emerged after repeated listens, but when they did they totally stuck in my head for days. Some great arrangements – “Mary and the Apocalyptic Woman” should be the soundtrack to an obscure 80’s French film playing in the GFT on a Sunday afternoon – and I keep finding something new every time I listen (the mark of a great album).

It’s easy to say that it’s Darkthrone and it’s just brilliant. It follows their own blackened metal/old school/crust style started on “The Cult is Alive” in 2010, but adds longer, more expansive songs that feel like they have more space to breathe and a bit more experimentation. A great album that adds to the Darkthrone canon.

Bonus Find of the year: Iotunn – access all world

A chance find after I saw someone mention them on instagram. Like someone put Opeth, blast beats, power metal and a mix of clean singing and growling in a blender with some quality prog riffing sprinkled on top. A great find and a band now firmly established in my playlists.