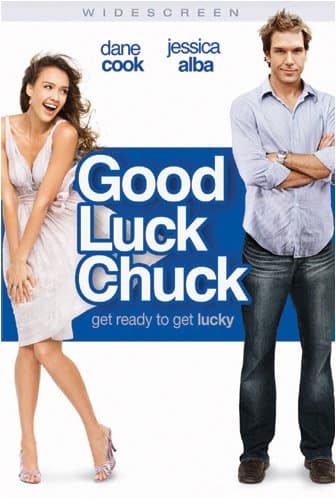 04|02|08: Good luck chuck – Follows on nicely from the Battleship Potemkin eh? Basically a guy gets (what he thinks is) a spell put on him during childhood which means that a girl who sleeps with him will find her true-love in the next man she meets. As his reputation spreads, he becomes a bit of a stud amongst women looking for their true love, but then falls for the nice girl (Jessica Alba), and realises that if he sleeps with her, she’ll find her true love (and it won’t be him). Cue lots of misunderstandings with hilarious consequences. Basically a bit of a twist on the usual Employee of the Month/American Pie type movie, but pretty entertaining, if only for his sidekick Stu (Dan Fogler), who plays his mammary obsessed fat friend.