I think I’m going to have to go with a cop-out tie on this one, so I’m going for an album apiece by Metallica and Black Sabbath.

From my favourite album #1, and the best thrash metal album ever, Master of Puppets. The run of three albums Metallica had through Ride The Lightning, Master of Puppets and “..and Justice For All” was as near perfect as you can get, and I listen to those albums regularly still. Master of Puppets stands out as the peak though. A band at that crossover point of youthful energy and drive mixed with confidence and song-writing ability to be able to pull off 8 minute multi-part thrash songs and still make it heavy and catchy as hell.

From my favourite album #2, Children of The Grave. My uncle gave me Master of Reality when I was about 10 – he was painting his house and wanted to clear out a lot of records, so I took them. Up until then I’d just listened to whatever music was in the charts or on the radio (the pile he gave me also included Deep Purple’s Machine Head and Live at Leeds from the Who, so not a bad intro to some heavier sounds).

Master of Reality stood out for me though, firstly because of the cool title, secondly because of the stark cover and thirdly for the amazing poster inside (see below) – dark and mysterious even before you get to the music. An album ranging from the total monster metal riff opener of Sweet Leaf through to the doom template of Children of the Grave to the spooky folk-rock of Solitude. And also, an album that is short and sweet – no filler!

One thought on “day 19 – a song from your favourite album” 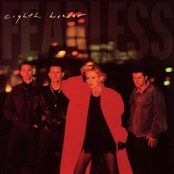 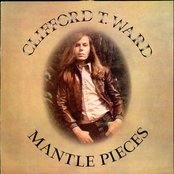 For Debbie and her Friends
Clifford T. Ward
6 days

Anything At All
Eighth Wonder
6 days